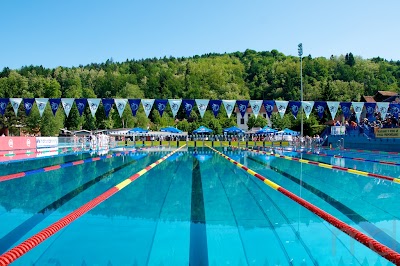 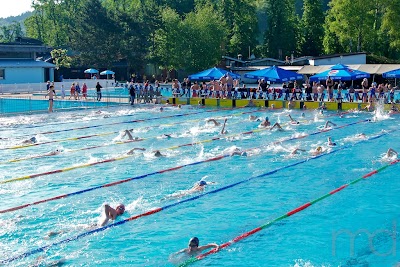 The City of Ljubljana Cup is an international meeting organised by the Ljubljana Swimming Club since mid-seventies of the previous century. Clubs from all over Slovenia and many other countries, such as Italy, Austria, Hungary, Slovakia, Croatia, Serbia, BiH, etc. participate.

This is a great opportunity for the swimmers from junior and cadet categories to check their condition and fitness for the summer season at the end of May. The City of Ljubljana Cup is also an opportunity for the clubs to check if their swimmers can achieve the times and norms for the most important competitions in these two categories, namely the European Championship and the European Youth Games.

In the beginning, the meeting was called the “International PK Ljubljana Meeting” and in 1980 it was renamed to international swimming meeting called “The City of Ljubljana Cup”. In the recent years, the competition was held at the Kodeljevo swimming pool complex, but it all started at the legendary Kolezija swimming pool.

The swimmers of the hosting swimming club have always been very successful in competing with the peers from the neighbouring countries.

The event is organised by club supporters – parents, former swimmers and other sports enthusiasts who work hard throughout the year, and particularly the last weekend of May, for which they are rewarded with excellent event organisation and extraordinary achievements of the swimmers.

The grand finale of the international meeting is the traditional club relay race 100 x 50 m for young and somewhat less young generations, active swimmers, their parents, former swimmers and all those who wish to partake in the event.

By organising the international swimming meeting of such scale, the Ljubljana Swimming Club keeps abreast with all the successful clubs that take care of their competitors and promotes the reputation of the club in Slovenia and Europe.